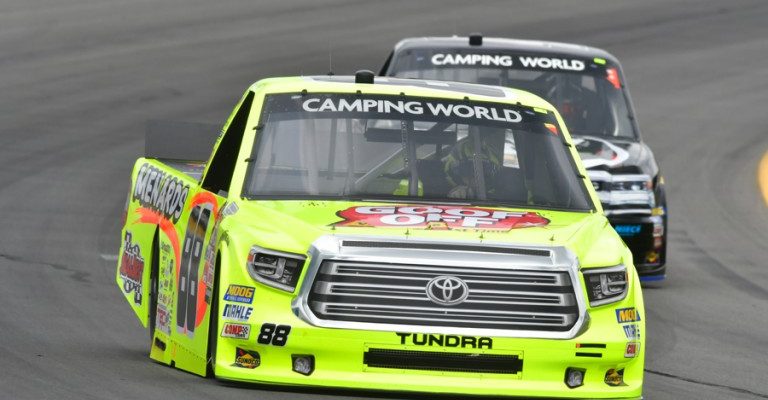 Matt Crafton, driver of the No. 88 Goof Off/Menards Toyota Tundra made his eighth career NASCAR Camping World Truck Series (NCWTS) start at Pocono (Pa.) Raceway in Saturday’s Overton’s 150. Starting ninth, Crafton finished fifth in Stage 1, and 16th in Stage 2, utilizing a late-Stage pit stop to gain track position for the start of the third and final Stage. Restarting Stage 3 from the second position Crafton lost valuable track position late in the 60-lap event due to power steering issues. The ThorSport Racing driver would settle for a sixth-place finish behind race winner, Christopher Bell.

The top-10 run was Crafton’s fifth top-10 finish at Pocono Raceway, and the eighth of the 2017 NCWTS season.

“We started the race a little tight through the center and off the corners, not bad. Pit strategy had us set up for a solid run in the final stage, but unfortunately, with about 20 laps to go, a reservoir broke and I lost power steering.”