2017 Marks A Rebirth For ThorSport Racing

Defined by Partnership With Menards

Sandusky, Ohio (January 30, 2017) – The 2017 NASCAR Camping World Truck Series (NCWTS) season will mark the rebirth for Sandusky, Ohio based team, ThorSport Racing. Rising from the ashes, after a fire destroyed much of the teams 100,000 sq. ft. facility, just seven months ago, the team enters their 22nd consecutive season in the NCWTS with a new state-of-the-art rebuild, thanks in part to longstanding partnership with Menards.

“My team of over 100, gutted the existing race shop and rebuilt it,” said George Sharp, Operations Manager for ThorWorks Industries. “With this happening in the middle of the season, the goal was to get the team back in the shop as soon as possible. Day-by-day the team started moving back in to portions of the shop. We expect the rebuild to be completed around the end of January. There is absolutely no way we could have made that happen without the help of Menards.”

Menards, a Midwest home-improvement store chain, with a long history in racing, enters their 13th consecutive season in the NCWTS with Matt Crafton and ThorSport Racing in 2017.

“Menards has been with us through the entire process.” continued Sharp. “They sent an engineer out who worked hand-in-hand with our building contractor, Janotta Herner. The entire re-build is a building package purchased directly from Menards.”

The rebuild of the ThorSport Racing facility was built from a Menards kit, sold exclusively at Menards stores nationwide. The open concept portion of the facility, will now house three additional surface plates and will allow the team to better utilize the space, from a work flow standpoint. The rebuild also includes a glass feature, similar to the front of the main ThorSport Racing shop, which will allow more natural light in.

“We are excited to continue our partnership with Matt Crafton and ThorSport Racing for a 13th consecutive season,” said Jeff Abbott, Promotions Manager and Spokesperson for Menards. “Matt has proven to be a champion on the track, but more importantly a first-class ambassador for Menards. Our longstanding business relationship with ThorSport Racing dates back to designing the modified post-frame structure and selling materials for their beautiful race shop in Sandusky OH. This relationship remained evident after last year’s tragic fire at their shop. We worked side-by-side to design and sell materials for the rebuild. The partnership between Matt Crafton, ThorSport Racing and Menards works well for all of us.”

“Menards has always been more than just a decal on the side of my Toyota Tundra,” said Matt Crafton, driver of the No. 88 Menards Toyota Tundra, “they have been a true marketing partner, and I’m honored to continue this partnership with them for the 13th consecutive season. For them to provide a hands-on approach, and be so involved in the rebuild of our shop, was truly remarkable. From planning, to execution, to building materials, they have been an asset to the entire project. It speaks volumes on their commitment not only to me, and this No. 88 team, but the entire organization.”

Crafton, who made his first start with ThorSport Racing in the NCWTS season finale in 2000, began the series’ longest running driver-team relationship with Menards in 2002. Crafton has since become a staple in the NCWTS, winning two championship titles and finishing in the top-10 in the standings in 12 of the last 13 seasons.

“Our relationship with Menards and their vendor partners is essential to the success of this racing program,” said Matt LaNeve, VP of Marketing for ThorSport Racing. “They have been a valuable asset both on and off the track for the past 12 seasons and continue to prove their commitment to not only ThorSport Racing, but to our sport each and every season. As an organization, we have been able to deliver them three championships, with Matt Crafton, and Frank Kimmel, and look forward to that continued success in 2017.”

A family-owned and run company started in 1958, Menards currently operates 305 stores located in 14 Midwestern states.  Menards is known throughout the home improvement industry as the low price leader; it’s no wonder their famous slogan – “SAVE BIG MONEY” – is so widely known and easy to remember.  Menards does things right – the company’s strength and success can be seen in the well-stocked and maintained stores, the lowest prices in town, and the way Guests are always treated like family. For more information visit: www.Menards.com

ThorSport Racing, based in Sandusky, Ohio, is the longest-tenured NASCAR Camping World Truck Series team. The team has competed in the NCWTS since 1996, and enters it’s 22nd consecutive season. In 2017 ThorSport Racing will run the No. 88 Menards Toyota Tundra driven by two-time NCWTS drivers’ champion Matt Crafton. Additional drivers will be announced at a later date. For more information visit: www.ThorSport.com. 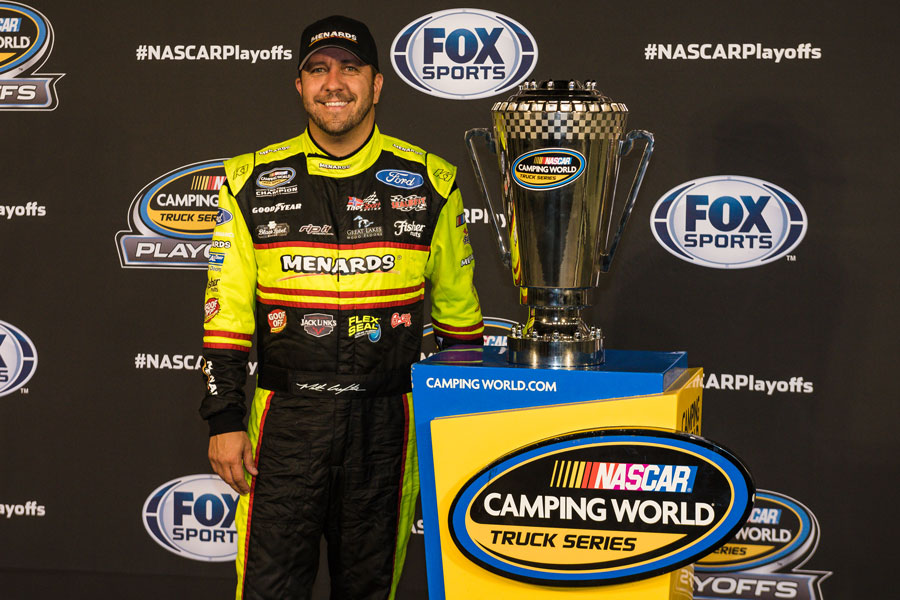 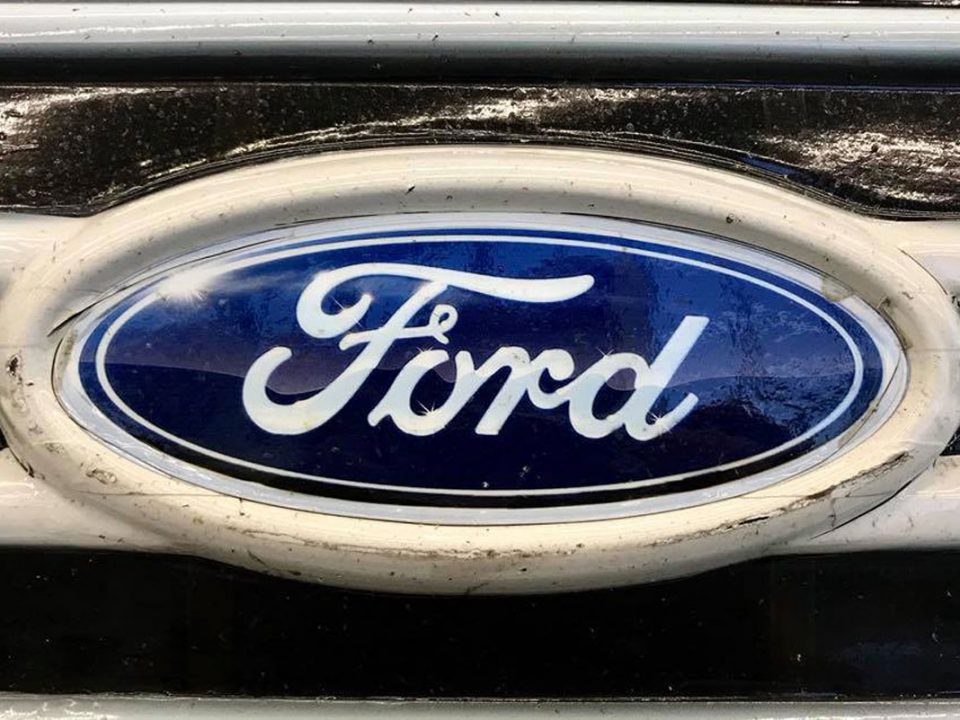 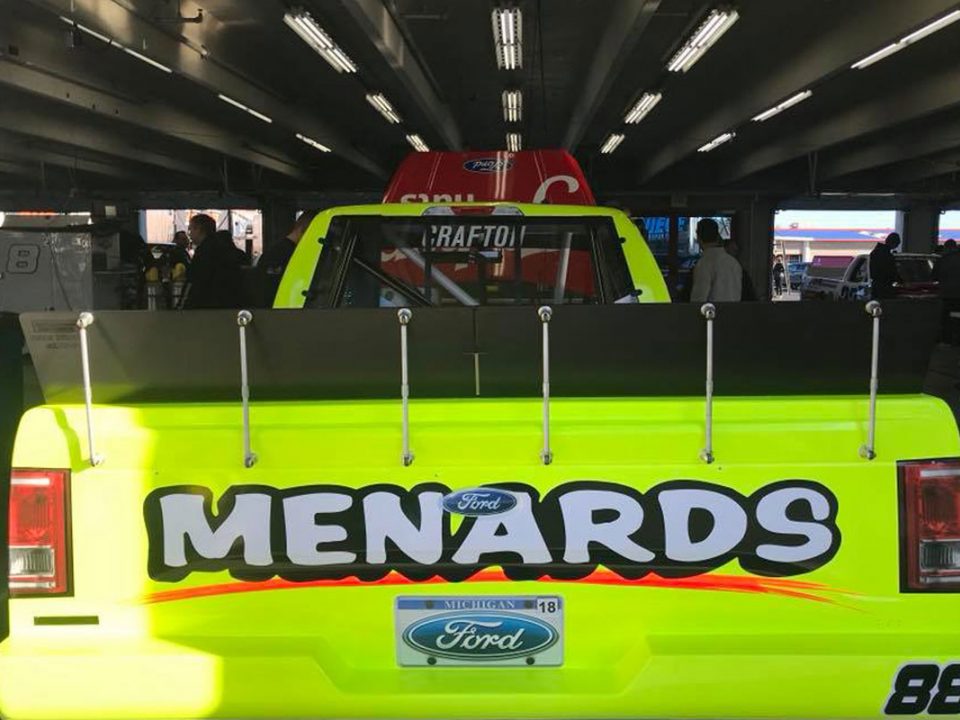